// I believe there is a simultaneous emergence of a number of shorter forms and the continued interest in longer texts.

// Of course, literature has lost its influence in some ways since the Victorian Era or whenever it was most powerful and it certainly doesn’t dominate the cultural and intellectual landscape the way it did as late as the 1950s. But we also have to remember that in the past, there were limited other options for things to do so literature has probably been declining in some sense since the advent of film and the mass media. To expect it to remain as dominant a form of entertainment or intellectual influence with all the other forms of culture today is not realistic and in fact, is it even desirable? Does it reflect our society the way it used to?

// The internet and social media has certainly affected the length and style of writing. On the internet, people’s engagement and patience with reading is sporadic, they snatch moments between other activities to read, and thus texts that are shorter in length are easier and more effectively consumed. Formal elegance (longer texts) vs. powerful directness (shorter ones).

// Our online reading habits have resulted in a proliferation of shorter genres suited specifically for consumption online: such as the flash fiction (fiction that tends to be under 1000 words), micro-fiction, one-sentence stories and even Twitter fiction. (There is, in fact, a yearly Twitter Fiction Festival and writers such as David Mitchell and Philip Pullman have used Twitter as a platform to spread their work.)

// That said, writing/reading has probably never been more prominent. To live in today’s society means constant interaction with the internet/social media, which means we are all writing and reading all the time. And millions of books are still produced every year (because publishing has become more democratized) and the novel is still held in extremely high regard as one of our most important forms of art. As a popular art form, it is still very influential.

// In terms of style, shorter works, such as flash fiction, microfiction and twitter fiction, call for a style that is succinct, direct, effective. Particularly, the ability to say as much as possible or to be witty or pithy in very few words is a valuable skill on Twitter.

// But every literary medium inevitably imposes some restrictions on its writers, and Twitter, with its restriction of 140 characters in a tweet, is simply the latest formal challenge writers interested in writing in this form face. (This might remind one of a time—Jane Austen’s, for example—when there was a severe shortage of paper supply. As a result, people had to be very creative in the spacial usage of a piece of paper: writing on both sides, writing crisscrossing across the page, etc.)

// The short story, a form mastered by Edgar Allen Poe (1809-1849), Chekov (1860-1904), and Katherine Mansfield (1888-1923) from previous eras, continues to capture writers’ and readers’ attention. The Canadian writer Alice Monroe (b. 1931) winning the Nobel Prize for Literature in 2013 for her work as ‘the master of the contemporary short story’ is a good indication of the short story’s place in contemporary literature. Lydia Davis‘s short works are also widely acclaimed.

// Shorter texts, paradoxically, have a tougher time than longer ones because they are valued less on the market. While we say that in contemporary fast-paced life, shorter works are preferred, in reality, the novel remains the dominant literary genre. Writers are also not afraid of writing long books, judging from the publication in 2013 of Donna Tartt’s The Goldfinch, Eleanor Catton’s Booker-Prize winning The Luminaries, as well as the continued success of Jonathan Franzen who writes long and multi-character novels. The popularity of the Norwegian author Karl Ove Knausgård’s six autobiographical novels My Struggle, which has been compared to Proust’s In Search of Lost Time (1931-1927), is also a sign that long works have a market. Also, multi-volume series aimed at children and young adult, such as Harry Potter, The Hunger Games, Twilight, have been massively popular. Readers are consumers nowadays and at least some of them want longer texts for their money.

// Binge watching and the rebirth of TV has also revitalized serialized story telling; it also allows for very large / long stories with lots of characters, which are in some ways more Victorian than modernist / post-modernist. (The police procedural The Wire, for example, has been described as Dickensian.) [There is also the genre of Neo-Victorian literature, which refers to contemporary novels that revisit aspects or elements of the nineteenth century, including the novelistic form.]

// I think the book industry as we know it is probably going to be much different in 10 or 20 years because of the internet and digital media. I also don’t know if it will be as easy for writers to make money with all the free content on the internet. But on the flip side, we at Cha get thousands of submissions a year, which means lots of people are writing. So I think the internet has made it easier for regular people to become involved in literature while at the same time putting pressure on traditional gatekeepers (publishers) and on those hoping to make a career as writer.

// In this environment, poetry, a short form, fortunately, hasn’t died out. People still appreciate the power of poetry to serve different functions in society, such as to reflect contemporary life, to express an opinion, to voice a feeling, to protest, in a short amount of space. Also, because poetry tends to be shorter in length, it does lend itself to a kind of public display, such as lines of poetry or entire works used on posters and banners on public transport (this is the case in London, Dublin and Paris). Poetry can still work, even though it may not return to a mass art form anytime soon. (But is this a positive sign?) 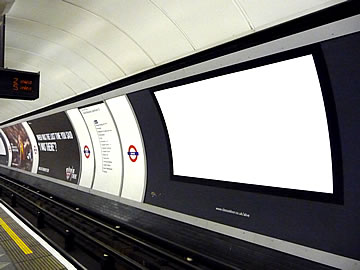 The poem that you singled out, “To See the World”, was in fact part of a project that I carried out when I was studying for my PhD in London. I asked people to send me photographs to which I would respond with poems. “To See the World” was one of the poems written during that time. I was writing in response to a photograph of a London underground station sent to me by Dorothee Lang, to whom the poem is dedicated. I only know Dorothee, who is living in Germany, through the internet, perhaps this speaks somewhat to your opening question about how our writing is changing due to our technological and cultural environment. The poem imagines two friends contemplating the possibility of travelling around the world to see a variety of interesting, unique and heart-breaking sights/sites. The second half of the poem, however, is more philosophical, suggesting that perhaps it’s equally valuable to simply just wait for the next train with a friend and cherish the few moments they have together.

TO SEE THE WORLD — for Dorothee Lang
{First published in 3:AM Magazine}

If you had to choose
between traveling around the world in one day
and waiting for the train with me for five minutes,
which would you choose?

To see the world in under two dawns,
better than a grain of sand.
Its rise & decay in ruins — now tourist sites.
Its loving nothingness in city glass buildings—
miniature Babel towers.
If you are lucky, you’ll see ten wedding ceremonies,
fifteen births in baths,
people yelping & rising from Blowing Rock.
On a remote village road, barefoot children grow or wane,
while daffodils beg for rain. Someone
in the East collects gutter oil for high-end restaurants.
You see soldiers in war zones. Their family
are convinced they’ll be back for Christmas.

Or to wait with me for five minutes—
allow me to hold your hand amidst this flock of
chance passengers and passing chances—
if only to understand one thing:
that we can still the world
in an eternity of nano-seconds.

Wait with me, confident
that if you are bored of this compressed lifetime,
another one is pressing down the track.